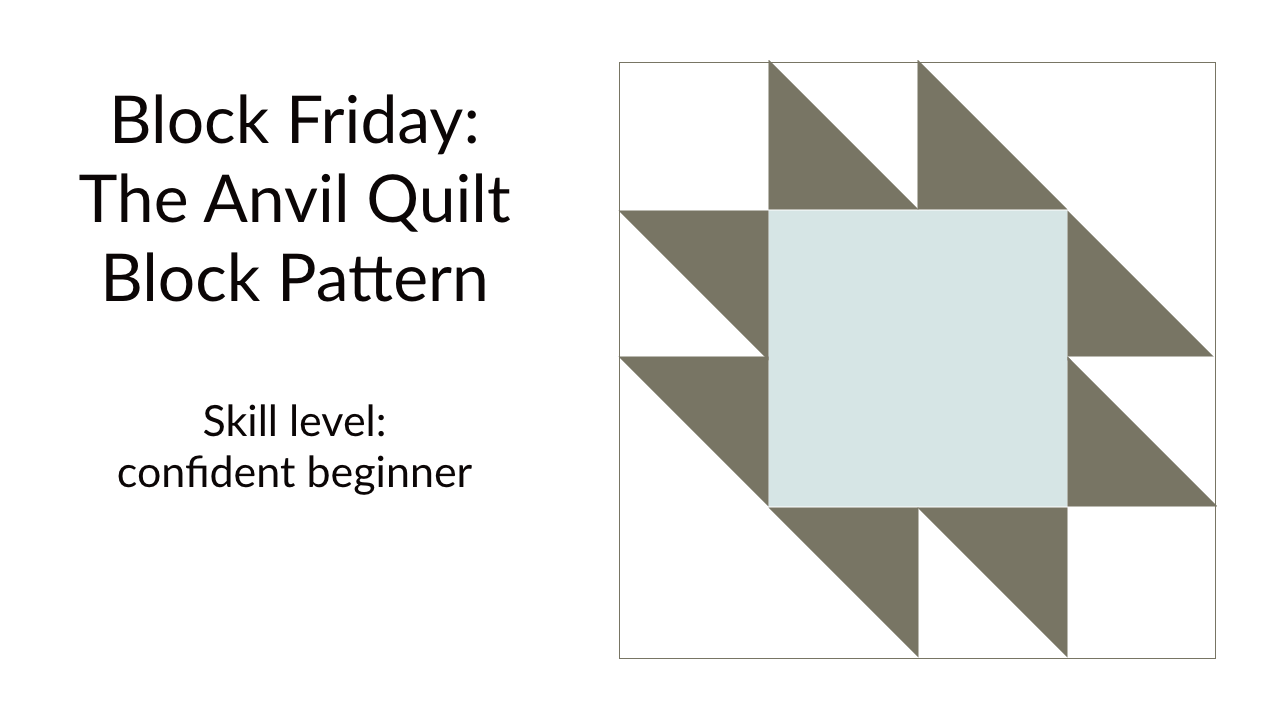 If you’re just now finding me and are unfamiliar with Block Friday, you can read the full post that explains it here. Or skip to the Clif notes version below:

What is Block Friday?

Every Friday beginning January 5, 2018 I release a new pattern that goes along with the Quilter’s Notebook Block Library on this site.  The pattern is free for 12 hours. So, like Black Friday, the early bird gets the good deals! In this case, the early bird can get the pattern for free. Every month you can post a picture on Instagram of any Block Friday block released that month for a chance to win some great prizes.

To give everyone a sample of these patterns, I am releasing one pattern a week until the program officially begins. These “Pre-Block Friday” blocks will remain free until January 5th. The idea is to allow as many people as possible to download them, see what they are like, and (hopefully) spread the word.

Quilt Along with us on Block Fridays!

If you’re looking for a no pressure “quilt along” activity to stretch your skills, Block Friday might just be the program for you.  Best of all, there is NO PRESSURE to keep up, unless you put it on yourself and decide to make every block and post them for entry in the contests.  But keep in mind that you can enter 1 block a month and still be eligible for the drawing. My goal is simply to help you learn some new blocks so you can make beautiful quilts.  If you want to join in the Instagram fun, even better!

I have a few other secret surprises planned for those who follow along, but I’d better keep my mouth shut or I’ll ruin the surprise!

One last tidbit about Block Fridays: I failed to mention in the introductory post, but the plan is to alternate each week between easy and more challenging blocks.  That way, every month, every skill level should be able to participate.

So there you have it in a nutshell.

Let’s move on to the new block…

The names of most quilt blocks are such a mystery to me, but this one I get. Mainly because I remember learning in fourth grade that there are these tiny bones in our ears, and one of them is called the anvil. Were it not for that learning experience, my anvil knowledge would be nill. When we said “What???” Mrs. Humphrey explained that an anvil was a large piece of hardened metal that a blacksmith used to hammer metal into shape.

Do you see the resemblance? I have to admit, when I first saw the Anvil Quilt Block Pattern, I didn’t. But I guess that early quilters must have seen some kind of resemblance. I think it’s pretty cool that quilt blocks aren’t just named for things that women used everyday. Quite a few are named for items that the men were using. Which makes me wonder, were some of the men actually doing some quilting, too? Or maybe, were some women letting the guys come up with the names? Hmmm.

The Anvil Quilt block is a great beginner block. It’s a 9-patch (or a 3×3 grid, as I like to call them) consisting of squares and Half Square Triangles (HSTs). Interestingly, the Anvil Quilt Block pattern is considered one of the oldest block patterns that was available to colonial women.  I read once that if you had been around in the 1890’s, you might have been able to purchase this pattern from the Sears Catalog for a dime!

But you get a better deal! (for now)

From now until January 5th, you can download the Anvil Quilt Block Pattern for free! (Link Below)

Here is my version:

I hope you enjoy this little block pattern.  If you have any questions please let me know by leaving a comment below.

See ya next week!