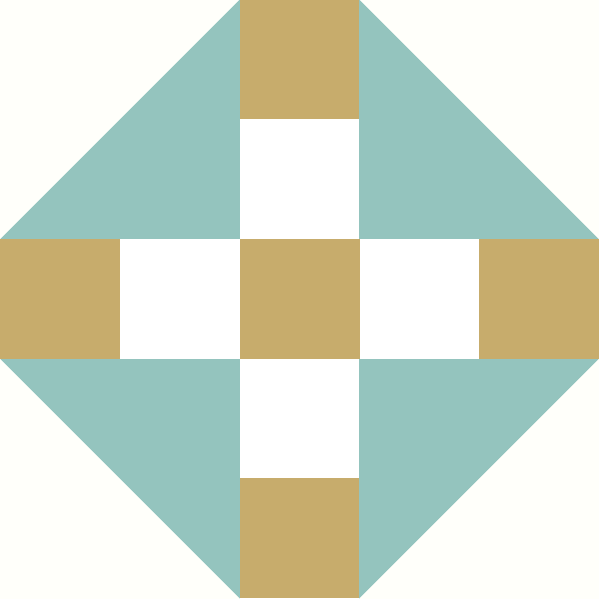 The Alaska Homestead Quilt Block is another quilt block named after a state (or territory at the time) in the USA. Settlers were proud of the growing country and quilters seemed to enjoy naming quilt blocks after the new areas of expansion. Alaska was no exception and apparently captured the imagination of many quilters. This block is just one of many that were named after Alaska. For another example, check out the Alaska Territory Quilt Block.

Traditionally, this block is made with white or very light fabrics in the corners and alternating squares as pictured in the Alaska Homestead Quilt Block shown above. This was to represent the cold, icy climate and the snow that was so prevalent in the Alaskan landscape.

Below is an illustration of a grouping of Alaska Homestead Quilt Blocks arranged in straight sets: 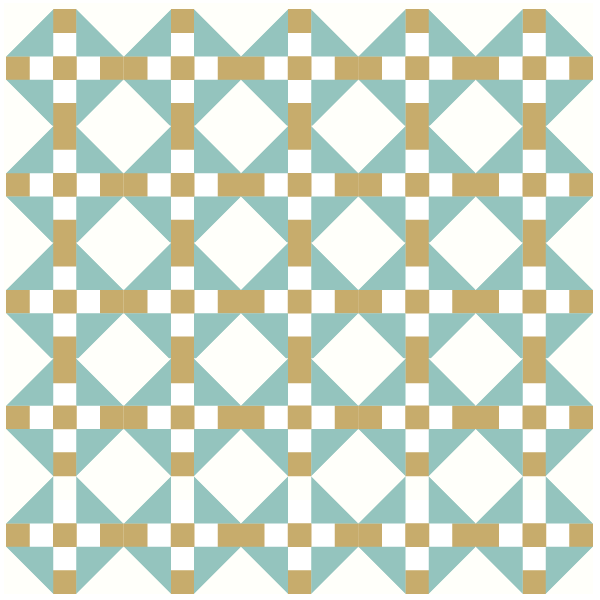 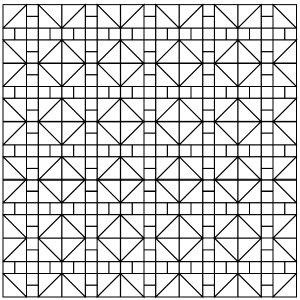 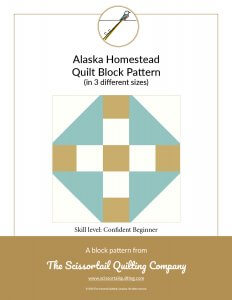