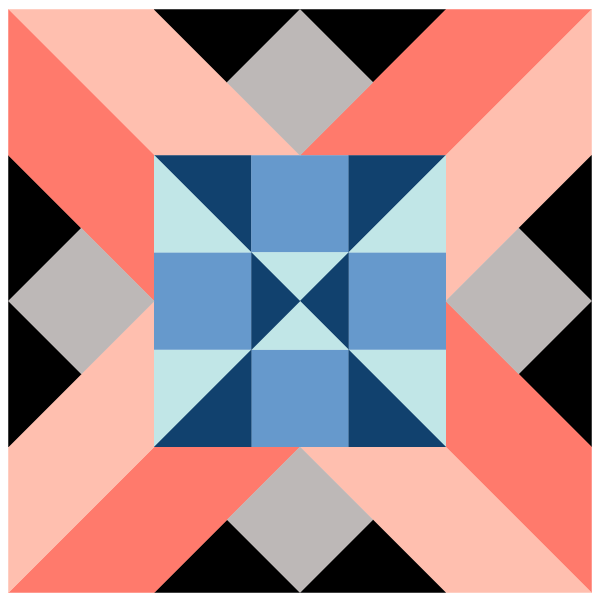 This is one of three blocks in the Quilt Block Library that has the state of Alaska in its name. But the Alaska Quilt Block has a clear distinction from the other two Alaska blocks.

This is another one of those blocks that when grouped, gives you the look and feel of a block set On Point. Also, with clever color placement, you can achieve an almost three-dimensional look to the block. 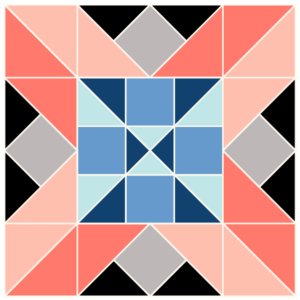 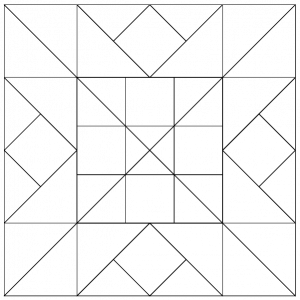