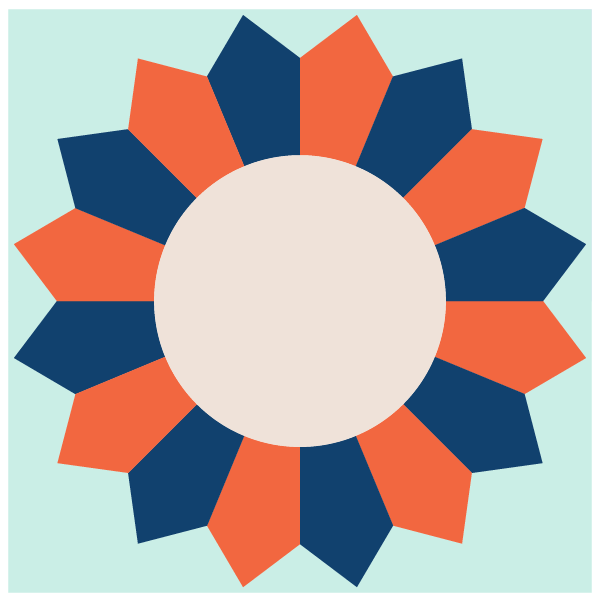 There are many types of "Dresden" blocks, but they all involve pieces which are cut around a central circle. The name "Dresden" derived from the name of a city in Germany known for its exquisite china patterns. Since Dresden quilt patterns result in a circular design similar to a "plate" they were often referred to as Dresdens as a nod to these beautiful and fashionable porcelain designs.

Dresden Quilt Blocks have many variations. One variation is the angle used to cut the pieces, which will determine how many pieces are needed to complete the circle. Since a circle is 360 degrees, you can determine the angle of the cut by dividing 360 by the number of total pieces in the plate.  In the example above, there are 16 total pieces in the Dresden, so the sides of each piece are cut with a 22.5 degree angle (360 divided by 16)

Dresdens also vary in the size of the central circle and in the length of the pieces that fan out from the circle. And another variation involves how the ends of the units are finished.

With all those types of variation, one quickly realizes that Dresdens are a very versatile block to use in your quilt designs. 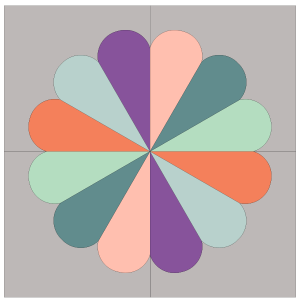 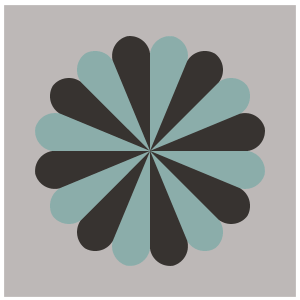 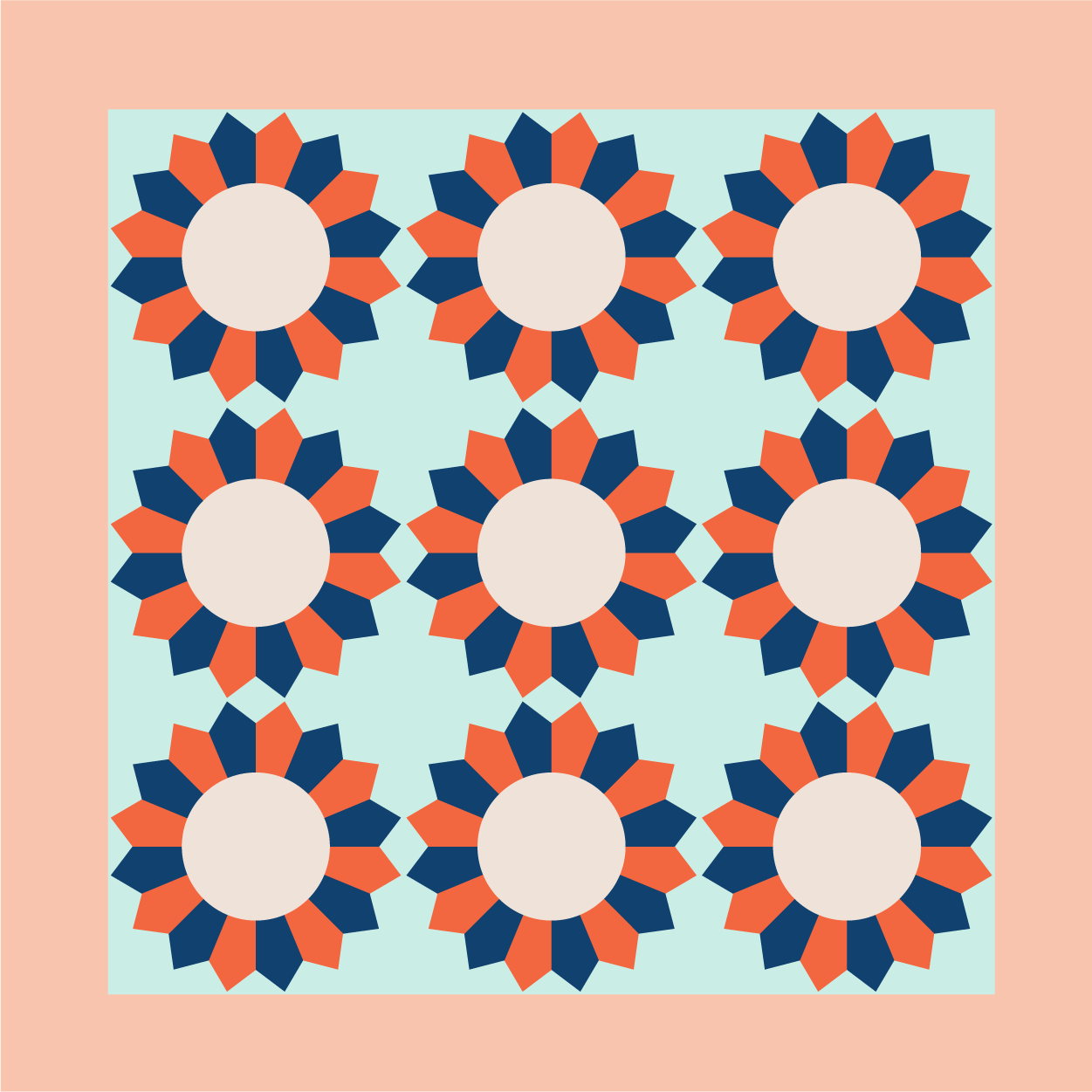 Typically, a Dresden block is made by appliqueing the blades to 1/4 of the total block unit. Then all four units are sewn into a four patch, and finally, the central circle is appliqued over the fans of the Dresden. 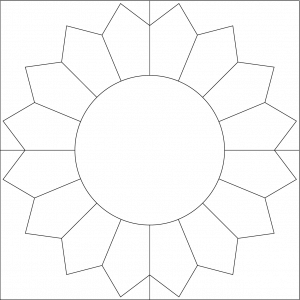