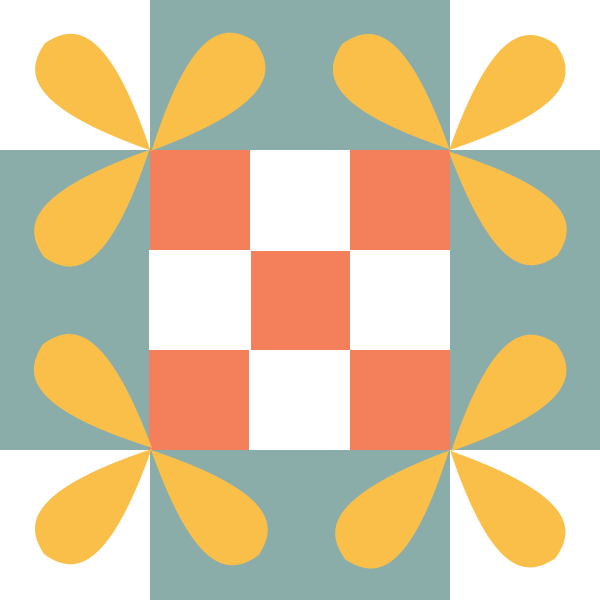 A sweet mix of simple nine patch construction and applique, the Honey Bee Block is a great block for the beginner who wants to try out a little bit of applique. The block is actually a nine patch within a nine patch, with a repeating "clover leaf" motif in each of the outer corners.

Variations of this block have been around since the mid-1800's, many with a square in the middle rather than the little nine patch.  The Honey Bee Quilt Block was published by the Kansas City Star in the 30's, and became very popular during that time period.

If you'd like to see more of the blocks variations and history, see this post by Barbara Brackman. 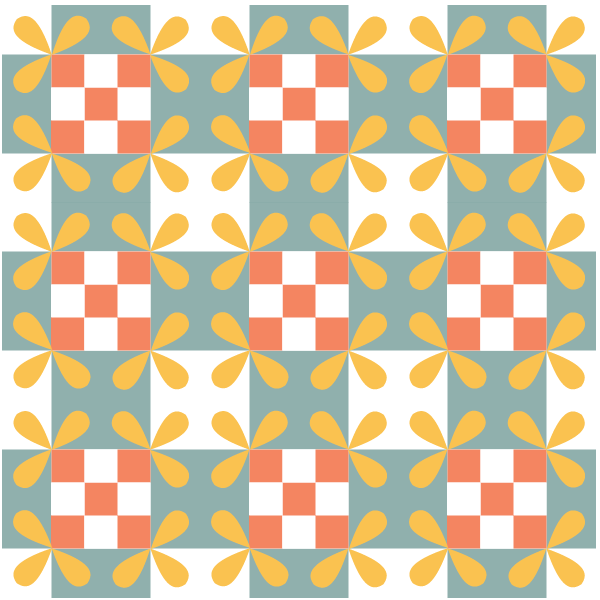 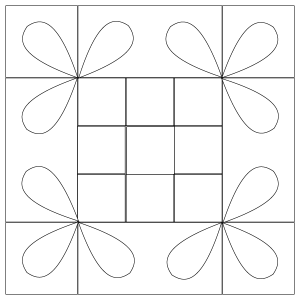