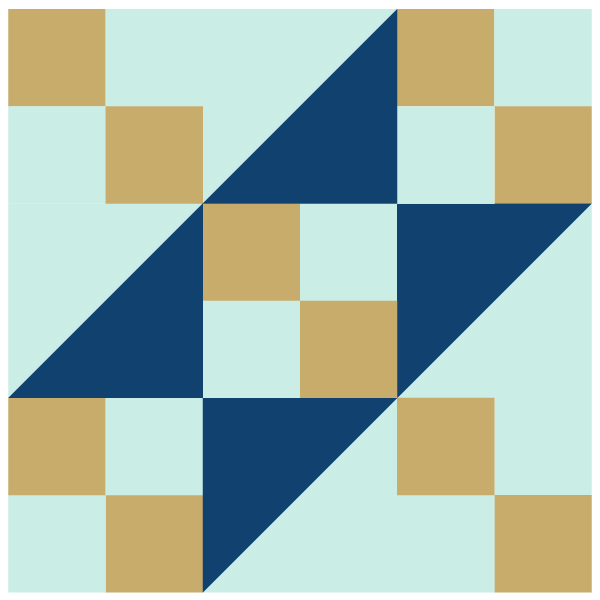 The Jacob's Ladder Quilt Block is a relatively easy 9-patch block that consists of squares and half-square triangles. It is a block that has been around for a while. Its name comes from a story found in the Bible. In the story, which can be found in Genesis Chapter 28, Jacob has a dream that angels are going up and down a ladder. When he wakes up, he decides that the place where he was sleeping must be a special place.

Anyone who has seen a Jacob's ladder quilt, knows that they are special quilts. The version shown below is made in three colors, but the block was often made in only two colors. 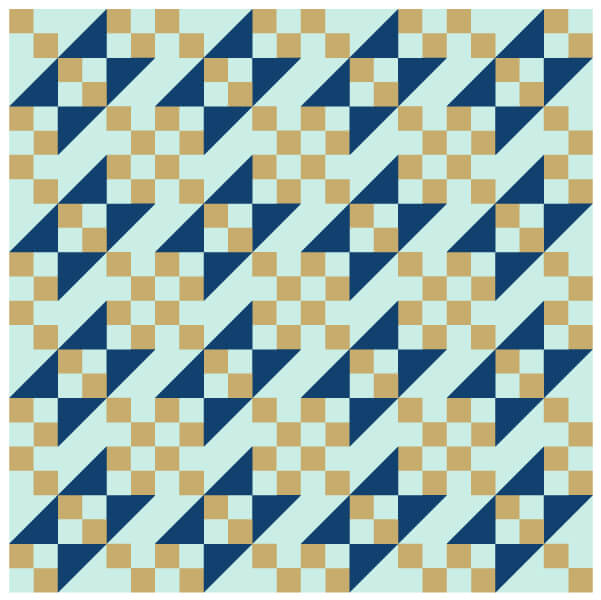 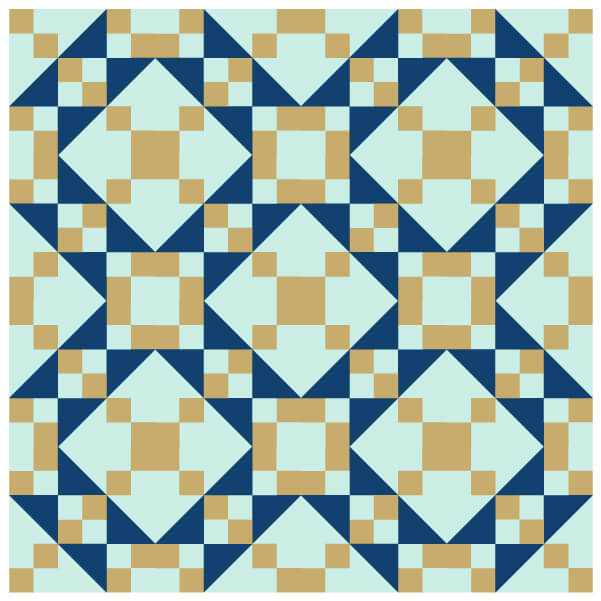 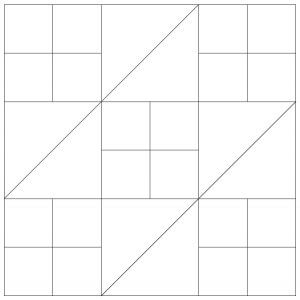