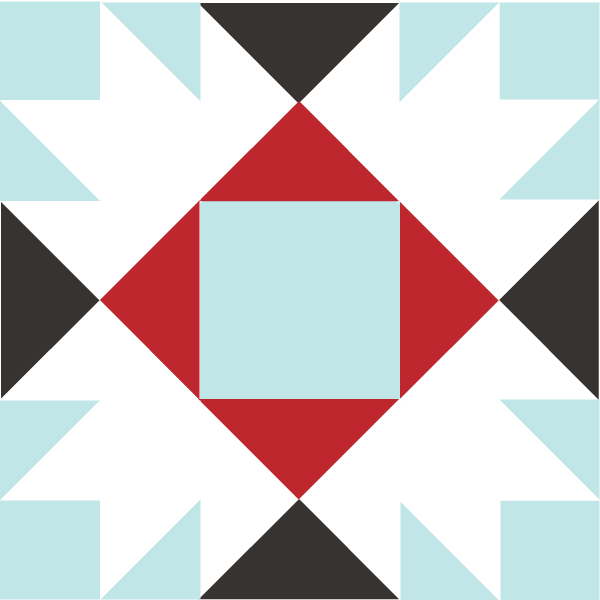 The Union Square Quilt Block is a traditional 9-patch that is sometimes called the "Four Crowns."  And that's a good name for it since it does appear that four crowns are surrounding the large central Square-in-a-square (SNS) block. Another version of this block has two SNS units nested inside of each other.

It's a fairly easy block to make, but what I find interesting about it is the secondary pattern that is created when you group several of these blocks together.

To see what I mean take a look at the illustration I created below and notice where the sides of the block are connecting to each other. This grouping feels as if it is set on point when in actuality it is straight set. 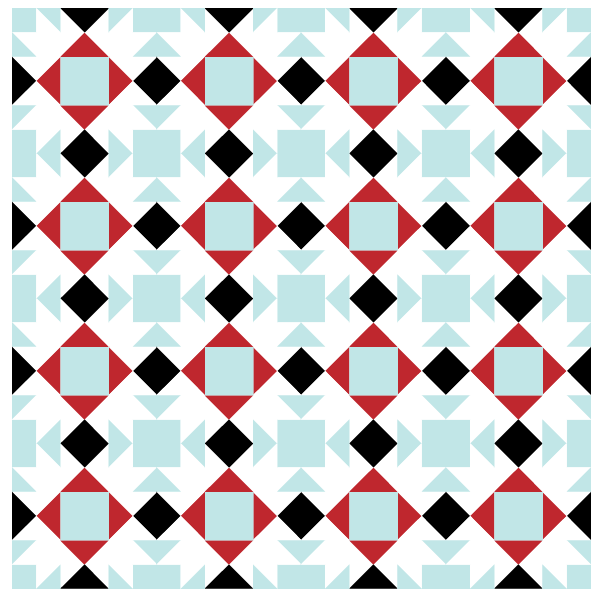 A grouping of Union Square blocks creates a secondary pattern of lighter squares and dark diamonds. 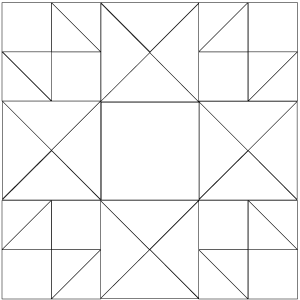 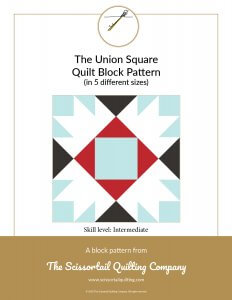