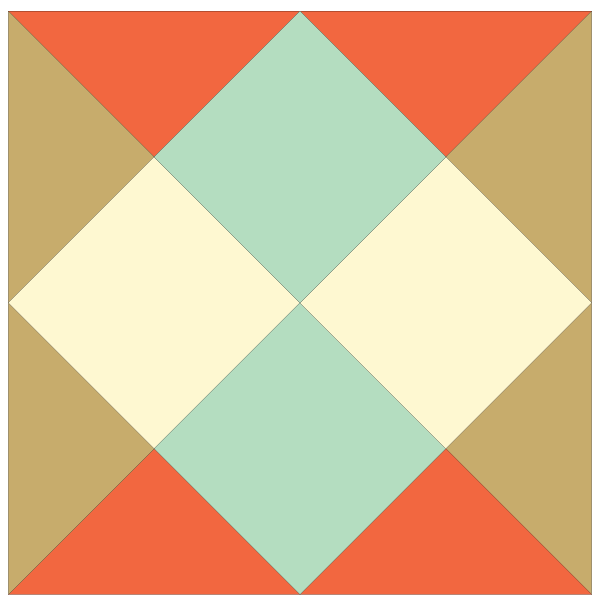 The Checkerboard Quilt Block is a good example of a block that is made with the Four Triangle Construction method.  Rather than sew the block row by row, this block is made by first constructing four triangles, then joining the two triangles along each side of the diagonal, the sewing the two final units along the diagonal. A similar block is the Right and Left Quilt Block, with the primary difference being that the Checkerboard Quilt Block has a 4-patch in the center instead of a single square.

The Whirlwind Quilt Block is another block that uses this type of construction method. 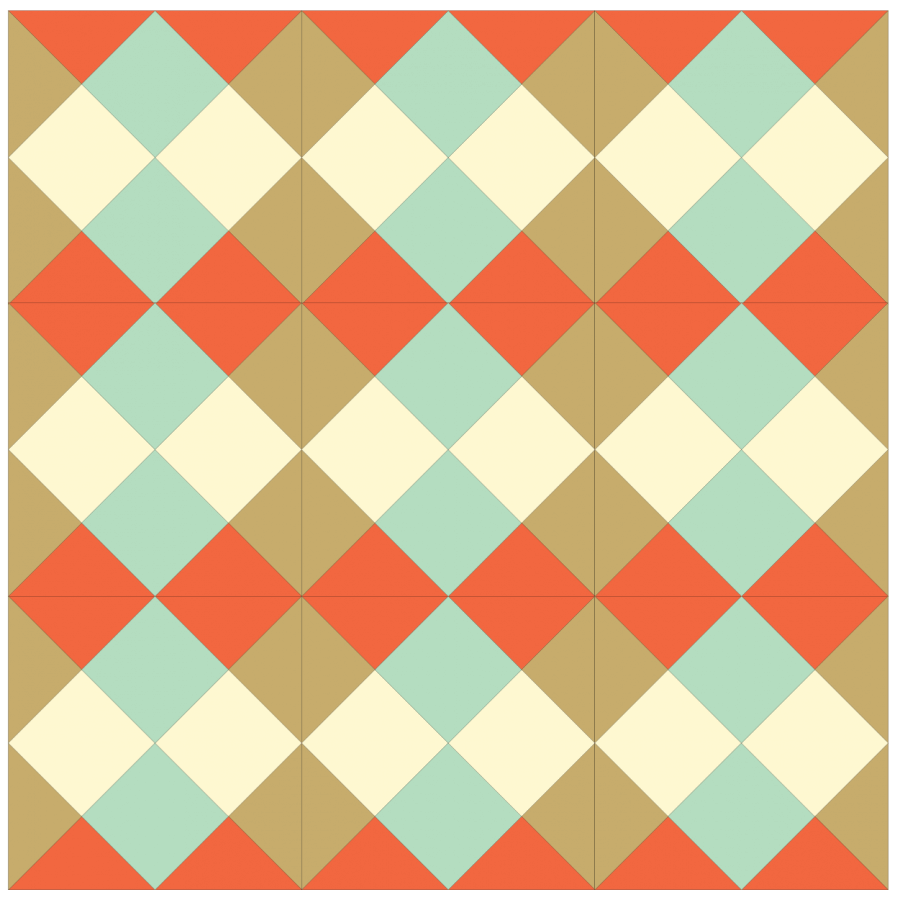 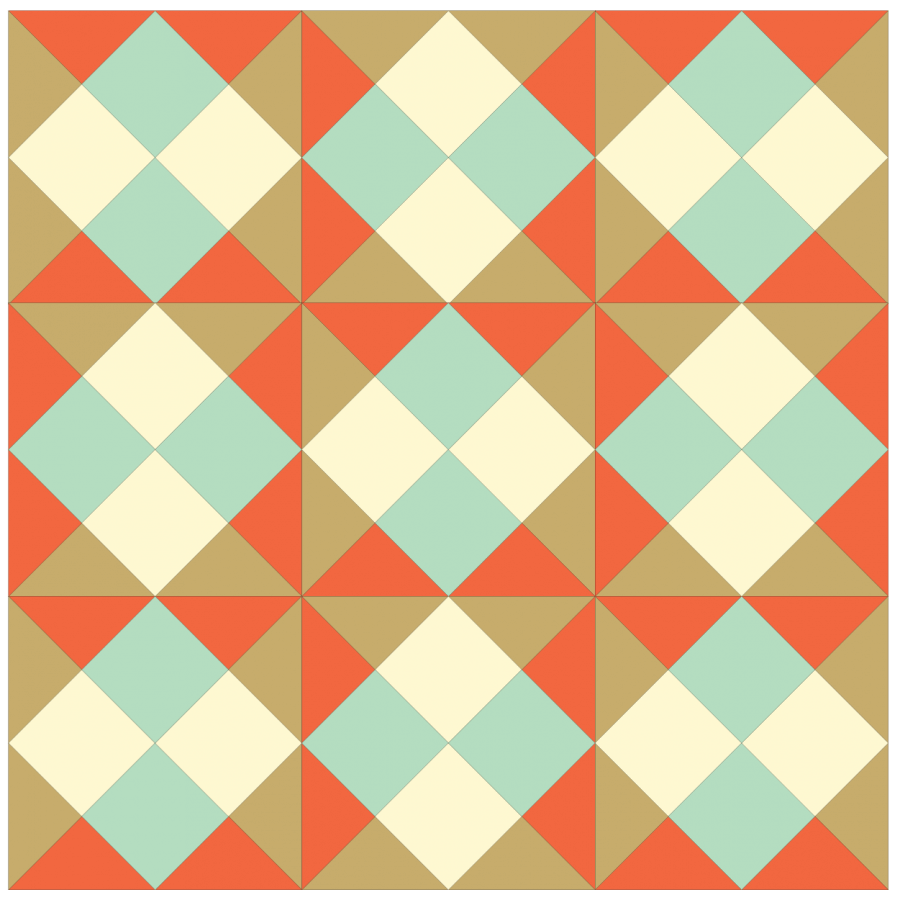 When drafting the block, it's important to note that it's actually a 4-patch.  It's entirely possible to construct the block similar to a Big Dipper Quilt Block, using Quarter Square Triangles. However, using drafting the block along the diagonal and using the four triangle construction method will save you a few seams. 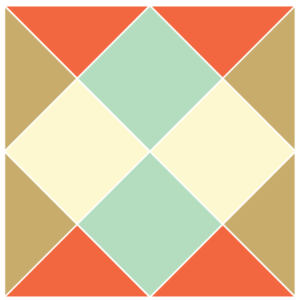 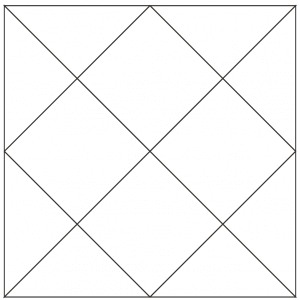